*Sings* - 'We're all going on a zombie holiday'

Wild Wolf Publishing is releasing a whopping 600 page Zombie Anthology in June 2011 based on a zombie holiday theme and I pleased to say one of my short stories is in it. My effort is called 'The Zombie Whisperer' and the title says it all. There will be about 38 stories in all from various authors and I'm in some pretty good company here. For example:
A special short story by Night of the Living Dead co-writer, John Russo
‘The Walk-In’An exclusive excerpt from the screenplay for the forthcoming film sequel to Pontypool written by Tony Burgess 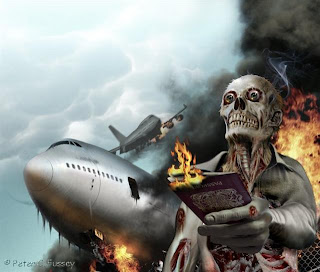 So keep your eyes open for 'Wish You Were Undead!' stumbling and groaning its way to your local bookshop in June!
Posted by Bob Lock at 6:49 PM