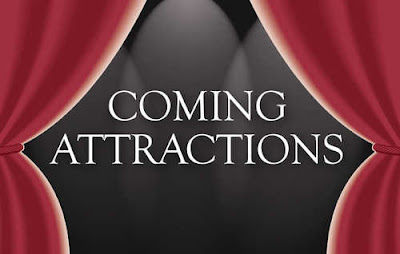 This will be a first for me and my blog as at the beginning of February I'll be hosting a guest blogger. I've hoovered around the place and dusted, will have tea and biscuits ready for him and a comfy chair. Don't know exactly what he's going to blog about but he's a writer and has hinted he's going to blog naked... watch this space!
Posted by Bob Lock at 10:17 AM No comments:

Another review of The Empathy Effect

This review is by Terry Grimwood of Exaggeratedpress and I'm so pleased to say it is yet another favourable one, some of what he says:

There is a hint of Michael Dibdin’s Dirty Tricks here, and a distinct nod towards Leslie Thomas’s Dangerous Davies. But Cooper Jones most definitely Bob Lock’s own excellent creation. It is a bright, satisfying meld of thriller and comedy. Cooper is amiably disreputable and hapless. I can see this working as a one-off television film, the pace and plot construction lends itself beautifully to the visual medium.

Woot! now I've not only been mentioned in the same sentence as Dean Koontz but Michael Dibdin and Leslie Thomas as well! COOL! He goes on to say:

The Empathy Effect then, great , brooding cover art, a neat twist-and-turn plot, murders, psychopaths, nasty abductions, edge of the seat cliff-hangers and compelling characters , what else could you possibly need?

Well 2010 has been and gone and I can't say I'm sorry to see it go. It wasn't a very happy year, especially the last of it. However, 2011 has arrived bearing glad tidings and I hope it is an omen of good things to come.
Two reviews of my work have made me extremely happy, the first is in Grim Reviews and it picks Null Immortalis as being in its top three supernatural books of 2010 and says of my story:

Bob Lock's "Haven't You Ever Wondered?" stars D.F. Lewis himself and Null Immortalis as meta-fictional constructs threatened by inter-dimensional interlopers. This is an inspired and unusual sci-fi story that is especially pleasing to longtime Nemonymous devotees.

Second review is of The Empathy Effect and can be found over at the Morpheus Tales website where the reviewer actually says:

Lock’s book rivals Koontz’s Odd Thomas and provides a wonderfully subtle and engaging story, and with Cooper Jones, a unique voice and a character you can’t help but love, along with the irresistible Alby (The General), creating a winning formula. . This story definitely deserves a sequel.

Wow! To be mentioned in the same sentence as Dean Koontz is one thing but to be compared to him is the highest of praise, I'm blushing :)
NB The Morpheus review does contain many spoilers.

Many thanks to both reviewers :)
Posted by Bob Lock at 10:53 PM No comments: