Two new Anthologies are out and I'm in great company!

What's your star sign? Is our fate pre-determined by the constellations and the position of the planets? Can astrology really present an alternative vision to the apparent certainties of science, politics, religion and celebrity culture? Or should its claims of determinism, fate, fortune and personality profiling perhaps be taken with a large pinch of salt? Here are fourteen brand new astrologically themed stories to delight and enthral, spanning the range of science fiction, fantasy and horror, with stories by Doug Blakeslee, Mark David Campbell, Storm Constantine, Adam Craig, Megan Kerr, Joel Lane, Bob Lock, Jet McDonald, David McGroarty, Ralph Robert Moore, Christine Morgan, David Turnbull, Neil Williamson and Stuart Young. What is the secret of the white bull and his labyrinthine ranch? Why should you never trust gifts you win at a funfair? And why are twins always apparently at war with each other? 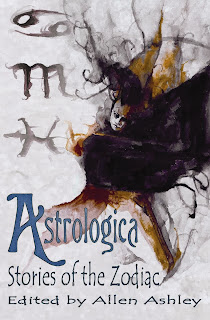 Then the next book is

The old gods are dead … The older gods have returned! Before the American master of the macabre H. P. Lovecraft there was the Welsh wizard of the weird Arthur Machen, who filled his pages with tales of ancient evil. Now, completing the circle, comes a collection of original tales from the land of Machen following in the footsteps of Lovecraft and his uncanny creations. In What Others Hear by John Llewellyn Probert , a musician comes to rural Wales to convalesce in peace. But what terrible secrets hide behind the notes of the music he so loves? Adrian Chamberlin shows us that seemingly innocent old traditions can conceal sinister intentions when dark forces use them to deadly ends in Stranger Crossings. In Charles Black's tale, a brilliant Welsh scholar finds the price of knowledge can cost you everything when he discovers the true purpose of that dreaded tome The Necronomicon. And six more Lovecraftian tales of the otherworldly. 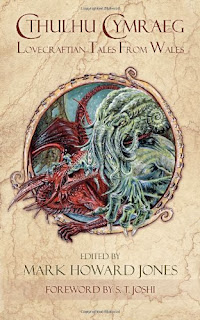 Click on the book covers to take you to Amazon :)