The Hub's Review of The Empathy Effect

This has to be the best and most indepth review of 'The Empathy Effect' I have seen upto date.
The Hub is a reputable ezine that has been around since December 2006, comes out weekly and can be sent to your in-box for free if you sign up, something well worth doing. It has been backed by Orbit, HarperCollins and The Arts Council England so has a great pedigree.
The reviewer is Keith Harvey, an American writer and my thanks go to him for the time and effort he put into the review :) 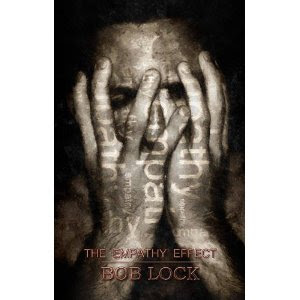 The review is in PDF format and can be read here: The Empathy Effect Review

I've been reading a lot of Lee Child books lately and enjoyed the Reacher character immensely, so much so I messed around with an opening of a story which involved a larger-than-life character just to see how it would pan out. Here's the opening scene, does he intimidate you? Hehe :)

The big man’s eyes flickered across the top shelf of the well-stocked bar and he raised an eyebrow when he spotted a favourite label.

‘Two doubles of Chivas Regal, please,’ he said nodding towards the furthermost bottle. The bartender, a tall youngster – who seemed barely old enough to enter licensed premises let alone serve behind bar– poured two glasses and set them down on the mahogany bar top.

‘Water with those, sir?’

The man frowned. ‘You’re new to bar-tending I guess?’ His voice sounded like gravel being rolled around in a bucket.

‘Son, either you’ve got no idea what you’re doing or you just want to piss me off and I’ve been pissed off enough today by your local hospital. You don’t water-down twelve-year-old whisky,’ the big man said angrily and then downed one of the glasses. He exhaled slowly and his eyes closed in pleasure. ‘Give me another double.’

The bartender looked flustered then replied, ‘you still have that one, sir.’

‘Tom Morgan’s?’ The bartender asked and then, ‘but Tom’s in hospital. Another car accident, I heard.’

The big man nodded, ‘I know where he is,’ then his eyes narrowed, ‘another car accident? His wife said she was worried about him but she didn’t mention any previous accident. What happened?’

The bartender poured another double as he answered. ‘Tom was on the way back from the Colonel’s when a truck nearly ran him off the road. That was a couple of days ago.’

‘And he crashes his car today and ends up in a coma in your pitiful excuse for a hospital.’

The bartender looked around nervously. ‘It’s the only hospital for thirty miles, sir. If it wasn’t for the Colonel we wouldn’t even have that one.’

‘The Colonel? Who the hell is this Colonel? I seem to hear him mentioned quite a lot around these parts,’ the big man asked and this time he took a slow, savouring sip from the refilled glass.

The bartender swallowed noisily, glanced around again at the other patrons and said quietly, ‘he owns most of the town. A lot of the surrounding ranches and land, oh... and of course, the private hospital.’

‘Figures, Tom’s wife said ‘someone’ connected was trying to bully him into selling up his place. Now he’s locked up tight in what looks like that ‘someone’s’ private hospital. Seems a little too neat to get almost driven off the road and then a few days later crash your car due to a mysterious brake failure,’ the big man said then finished his drink. One of his huge, scarred hands rubbed the stubbly bristles on his square chin and he said with a smile that didn’t quite reach his eyes, ‘perhaps I’d better give this Colonel a visit, see if there’s any fresh brake fluid on his drive...’
Posted by Bob Lock at 10:54 PM