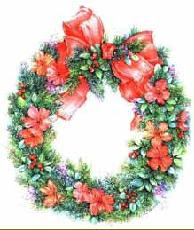 Well I've finally got over the swine flu, but I did have to go back to the doctors where I was diagnosed as also having pleurisy and finally, pneumonia! I was given another course of even stronger antibiotics to take for a week and I'm on my last two today, thank goodness. I haven't been able to have a beer or whisky for weeks as alcohol inhibits the work of the antibiotics. Never mind, I'm sure I can catch up over Christmas :)

So, to all my relatives, friends and readers (I won't say fans, I'm not that good a writer!) of my blog, I'd like to wish you all a Very Merry Christmas and hope that 2010 brings you all that you could hope for. 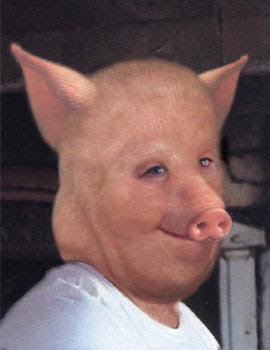 Just a quick update on why I haven't been blogging or on message boards for a week. I've got the pigging 'Swine Flu' and it has really knocked me for six. Temperature, short of breath, cough that won't shift, crackling lungs, headache, aching muscles and bones, even what hair I have on my head aches. My moustache, which I've worn for nearly forty years, succumbed to it and in a fit of anger I shaved it off as it aggravated me so.
I'm going back to my sty now but hope to be cured shortly once the 500x3 of Amoxicillin daily takes hold and saves my bacon. (A prize for those who spot all the puns)

I'm in an Advent Calendar!

I'm day five in the Interzone's Advent Calendar with my Pixelated Pixie story that was published by Geoff Willmetts' SFcrowsnest (an excellent on-line SF site) in 2006. There are no chocolates however, and, if Pete is reading this, no socks...

Interzone was founded in 1982 by David Pringle, John Clute, Alan Dorey, Malcolm Edwards, Colin Greenland, Graham Jones, Roz Kaveney and Simon Ounsley. It has been, is, and I hope will be for a long time to come, Britain's best SF magazine. It's a magazine that I've tried to get published in a few times but so far have been unsuccessful, but when you see some of the names they wield then I don't feel too bad, these are some mentioned on their site:

So, even though I'm not in the glossy magazine at least I've infiltrated the website! If you have time, go read and if by some chance you do find chocolate then don't tell anyone (if it's socks then forward them to Peter Tennant, I hear he is in desperate need)

The Pixelated Pixie
Posted by Bob Lock at 11:15 AM No comments: