Here's a free SF short of mine called:
To sleep, perchance to dream...
it's about brane theory and the large hadron collider
Open publication - Free publishing - More short story
Posted by Bob Lock at 9:27 PM No comments: 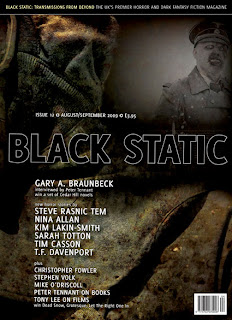 Just had this remark made about my little robot story, 'The Cone Zero Ultimatum' which features in Cone Zero (currently still in the running for best anthology of 2008 over at The British Fantasy Society), by Peter Tennant the editor of Black Static:

Stories by Bob Lock and Stephen Bacon in Cone Zero were among the very best I read last year
Wow that is such a great accolade to receive from someone as accomplished as Pete. Many thanks Pete! And congrats to Stephen too!
The full review can be found here: Peter Tennant Case Notes