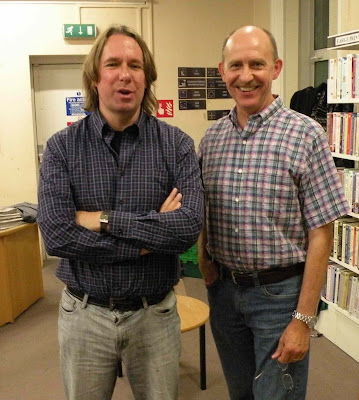 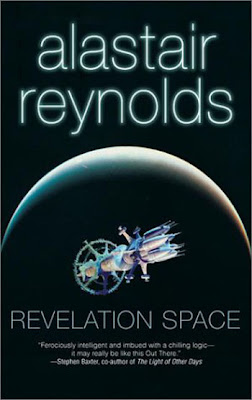 After the talk I managed to get him to sign two books of his that I have in my collection, get a photo done with him and pick his brains about a problem I have in a SF novel I'm writing about folding space and wormholes. He was very patient and helpful and the evening was an enjoyable one.
He said he'd be attending BristolCon in November and hopefully I'll be able to have a chat with him again (unless he sees me first and does a runner!) hehe :)
Posted by Bob Lock at 9:04 PM No comments: 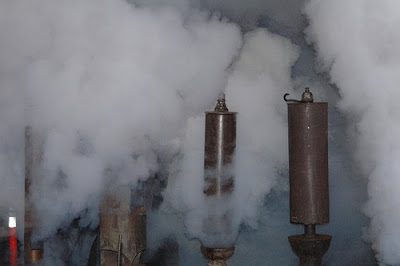 Charles Babbage was the first to translate himself into the vast Matrioshka Brain that enclosed the young star in its ironclad Dyson sphere grip. The giant leap in computing power required for this happened accidentally when his Difference Engine was left running un-supervised over the weekend. It had overheated, and had somehow spewed out the blueprints for a Mark Two version of itself. Enthralled with this accidental discovery Babbage tried to duplicate the action by purposefully running the Mark Two Engine beyond its safe working parameters.
It worked.
Exponentially.
Time and time again.
He started thinking about the possibility of creating a Singularity.

Sometime later, in the cold, hard vacuum of space.

Huge plumes of superheated steam crystallized into diamond droplets of water immediately upon being expelled into space from the city-sized vents as the furnace, deep within the Singularity’s centre, chugged-away happily consuming the star’s inexhaustible power.
A vast improvement upon the prototype coal version, Babbage thought.
However, as the last human being on Earth was finally uploaded, and the ravaged planet, which the uncontrollable landslide into the Industrial and Technological Age had generated, was finally returned to Nature, no-one was left to notice that the Niagara Falls-sized water tube (which showed the boiler’s water level) was not as full as it seemed. The gargantuan glass was stained at the full mark by the oxides in the water. The tube was actually empty and the boiler was burning unabated. Yet another overheating problem that the genius had overlooked. The last thing that went through Charles Babbage’s virtual mind before the Matrioshka Brain went supernova was:

By Bob Lock
Posted by Bob Lock at 5:57 PM No comments: 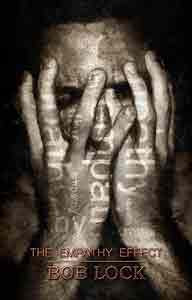 Here is the first couple of chapters of The Empathy Effect, narrated by yours truly. It will take a minute or two to download, just enough time to get the cotton-wool :)

If you don't have the Apple Quicktime Plugin then try this, it should allow you to either download the mp3 file or select a media player of your choice:

Hoping to 'Kindle' some sales! 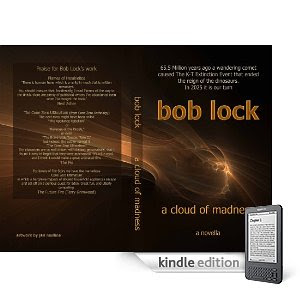 Messing about on Amazon a couple of days ago I managed to upload 'A Cloud Of Madness' to the Kindle zone of both Amazon UK and Com. It is £2.93 (cheap as chips!) and is a SF novella with robots/a nasty virus/a comet/a post apocalyptic Earth and Native American Indians :) and can be bought here:
LINK
Posted by Bob Lock at 8:54 PM No comments: