Halloween, unlucky for some? 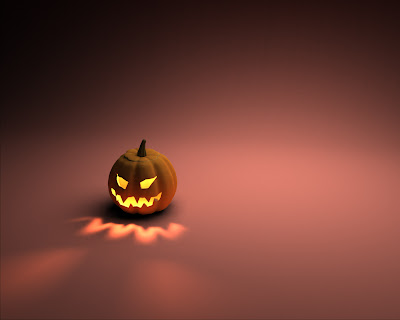 An insistent little kid turned up twice tonight, tricking and treating. I got fed-up and closed the door abruptly, on his foot. He went down screaming so we had to help him inside and let him sit down while we checked his foot. One of our dogs took an instant dislike to him and started barking. The kid, instead of keeping still, tried to hobble out of the house, the dog bit him on the arse.
When we finally managed to separate the two and calmed the kid down we thought it prudent to stock him up with a few lollipops to shut him up. It worked better than I thought, he choked on one of them and we are now trying to bury him under a rose bush in the garden whilst it is still dark,

Back to the grindstone!

I was pleasantly surprised to find that I was short-listed in The Golden Blasters' Script Competition which was part of Octocon 2010 (The National Irish Science Fiction Convention) that took place last weekend. Unfortunately I didn't win however, but it was a buzz being one of the final nominees. The winner was American screenwriter Stuart Creque (well done Stuart) for his script 'He Knows', here are the short-listed scripts:

Oh well, no fame and fortune, no option to buy 'Meeting Amadeus' by Spielberg or Ridley Scott, back to the grindstone then... hehe

Other news:
Had a great review of one of my short stories that is in DF Lewis's Null Immortalis. My story is called 'Haven't You Ever Wondered?' and Peter Tennant of Black Static and Interzone said:

Bob Lock knows how to
pander to the vanity of editors, with not
only Tullis but Lewis himself as a character
in ‘Haven’t You Ever Wondered?’ and the
whole Nemonymous project reified as a
matter of multiversal importance in a witty
and cheekily audacious story that delights
with its playfulness.
Posted by Bob Lock at 9:20 PM 2 comments: