The Next Best Thing.

And here are the questions:

1) What is the working title of your next book?

Well, I’m working on a few titles at the same time but the one I’d like to finish and get out there as my many fans *cough* have demanded that I do is called ‘They Made Monsters’ and is the follow-up book to my ‘Flames of Herakleitos’

2) Where did the idea come from for the book?

The ‘Monsters’ idea came from the fact that there were plots in ‘Flames’ that begged to be continued. Although ‘Flames’ can be read as a stand-alone novel the end does hint at a sequel.

3) What genre does your book fall under?

Most definitely Dark Fantasy, although there is a smattering of SciFi in there too.

4) What actors would you choose to play the part of your characters in a movie rendition?

Well the main character, the heroine is Lucy, a young woman haunted since her childhood by the death of her father, through spontaneous-human-combustion, which she witnessed. But it wasn’t SHC as such, it was a rift in space/time through which something appeared and stole his soul. I could see someone like Gina Carano playing her. Someone who won’t take any crap from anyone. Someone who is probably tougher than her partner and other main character, Raven. 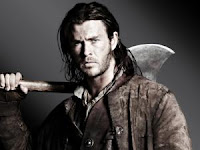 Raven is a fanatical sword-freak, a Goth, a horror film-star who doesn’t quite understand that the parallel world he follows Lucy into is playing for keeps, it’s not a movie. Chris Hemsworth with long dark hair and tattoos would fit the bill.

On the parallel world they befriend an old sword master, Raven’s kindred spirit. His name is Pieter, I see Jean Reno with long grey hair tied back in a pony-tail with a katana slung over his back, pommel rising to one side of his head. Yeah!
Main bad guy is Luther Krell, a mage and a bloody nasty one. Cold and calculating, the quiet power of Terence Stamp is my pick.
Krell’s sidekick, another baddy is Davvid. A wannabe mage held back by his master. Billy Zane would fit just right.
Another bad guy (who I actually imagined in my mind when writing him) was Vincent D’Onfrio for the part of Sarreg an over-weight, over-indulgent mage who wants to be leader of the senate and will stop at nothing to be so.

5) What is the one-sentence synopsis of your book?

“In a parallel world, where stolen souls are used to power golems, a young woman from ours continues her battle for vengeance on those who killed her father.”

6) Will your book be self-published or represented by an agency?

‘Flames of Herakleios’ was published by Screamingdreams, as of yet ‘They Made Monsters’ hasn’t really been touted around. I want to finish it before I do so.

7) How long did it take you to write the first draft of the manuscript?

It feels like all my life, and it’s still not finished!


8) What other books would you compare this story to within your genre?

Phew… None really, I don’t think anyone’s come up with the same idea. I suppose, as parallel worlds go and the idea of falling from ours into another to do battle against evil then perhaps, Donaldson’s Thomas Covenant story? But that is very, very, cheeky of me. Donaldson is a giant; I am the ant he just stepped on.

9) Who or what inspired you to write this book?

Me, myself, I. It’s one of the many that’s inside my head trying to eat their way out. I just hope I can write them all before they succeed.

10) What else about the book might pique the reader's interest?

I don’t keep my money in a bank but bury it in a hole somewhere. I might leave clues throughout the book and perhaps a map… (Insert tongue firmly in cheek here)

Now I have to pass the baton on to other writers who are The Next Big Thing and I suggest you check out:

Rhys Hughes.
Another writer from my home town of Swansea but of an entirely different cut of cloth to me. I’m perhaps a sort of osnaburg which is a coarse linen or cotton (much like my writing) whilst Rhys I would say is more of a chenille, which is a lot posher and described as: velvety silk, wool or cotton fabric with protruding pile. He’s definitely velvety with his prose, has the quality of silk etc, and has been to see the doctor about his protruding pile…
Rhys is an absurdist writer with over 600 tales under his belt… tales I said, not tails.
He can be found here:  http://rhysaurus.blogspot.co.uk/
I’m not going to list his books because he has too many!

Jo Thomas
Also known as Journeymouse writes Speculative Fiction and enjoys swordplay (keep out of her way if she is attempting to do both at the same time)
She’s in an anthology called Outlaw Bodies which can be found here: http://www.wizardstowerbooks.com/products/outlaw-bodies-lori-selke-djibril-al-ayad
And here:
http://www.amazon.com/exec/obidos/ASIN/095739750X/futurefire-20

Last but not least is Kristine Ong Muslim
Kristine hails from the Philippines (I’ve listened out of my window but can’t hear her) but there’s plenty to read as Kris is the author of the flash fiction collection We Bury the Landscape (Queen’s Ferry Press, 2012), the poetry collection Grim Series (Popcorn Press, 2012), and several chapbooks.
She’s also the poetry editor of LONTAR: The Journal of Southeast Asian Speculative Fiction, the quarterly literary journal published and distributed by Math Paper Press in Singapore.
Kristine’s website can be found here:
http://kristinemuslim.weebly.com/index.html
And her book ‘We Bury the Landscape’ containing 100 short stories and prose can be found here:
http://www.amazon.com/gp/product/0983907145?ie=UTF8&tag=kriongmus-20&linkCode=xm2&camp=1789&creativeASIN=0983907145

Well, in the words of that insouciant lagomorph… ‘That’s All Folks!’ 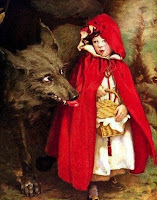 I recently sent off one of my short stories to Toynbee Studios London who were looking for Dark Fairytales for their 'Are You Sitting Comfortably' evening of performances Friday evening 30th November. The stories will be performed by White Rabbit

who are described as being: 'A unique story-telling cabaret event' and who have toured to many spectacular venues in the UK including National Theatre, Thames Festival, Diamond Jubilee Pageant, Toynbee Studios, Wandsworth Arts Festival, Islington WORD2012 Festival, The Basement and Jackson's Lane.
Anyway, my story 'Dawn's Kiss' was accepted for performing and I was invited to London for the performance (a condition within the brief) however, as some of you may know, my damn kidney is playing up again and I'm not really fit enough to travel all the way to London from Swansea, especially if I end up in agony and ultimately in A&E like the last two times! Therefore, unfortunately the story couldn't be used for the evening performance. But there is an up side to this and that is White Rabbit enjoyed the story so asked to make it into a podcast and will be featuring it on their site and on Itunes once the performance in Toynbee is done, 12pm 30th November.
Here's a link to where it will be available: Podcast
And the Itunes page: Itunes download 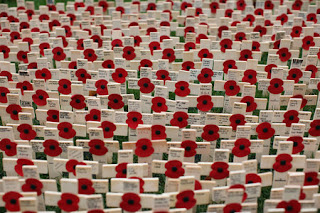 Mother please don’t cry for me, for I have gone.
My pain’s embrace has left, though you feel it still.
Turn your anguish to joy, for I am at peace.
In our trench’s arms I lie; a sweet release.

And softly then the tender rain falls like blood,
Upon our upturned faces that see no more.
Lovingly sweeps the red mud from sightless eye,
With purest tears wrought from God’s own summer sky.

And our trench fills with a profuse torrent then,
Carries remains of its hopeless protection.
Earthen walls, sandbags and bodies, everyone.
Seeks to escape the carnage we have become.

We’re but empty vessels of our former selves,
The flow that seeks to wash away our remains,
Blushes as it turns an even redder hue.
Shamed witness of those, who know not what they do.

Mother, the foe were like us; all someone’s child.
No malice in their hearts; there was none in ours.
Around their feet I beg you, let no blame, pool.
Cheap were our brief lives; sent here by those who rule.

We were as but leaves on a great tree grown old.
But as the leaves fall, so shall the strong oak too,

Weakened, helpless to stand against folly wind,
Roots consumed from within by men who have sinned.

Leaders who knew the cost in our blood and lives,
At their spotless boots must all blame be now piled.
Vain, they called the piper, bade us pay the tune,
In granite should their shame be forever hewn.

So to grave we go; I hope for the best cause.
As symbols of the imprudence of conflict,
Peacefully safe with our friends, men, brave and true.
War that took so many……
. . . .  Begun by so few.