The Empathy Effect gets to shortlist for Rubery Award 2012

Had some good news this morning that my urban fantasy novel 'The Empathy Effect' had got as far as the shortlist on The Rubery International Book Award 2012, wow that is so exciting!


The book is well written, the setting one the author knows well, and it shows. The style is slightly experimental as part of it is told in first person while the third person is used for the scenes where the main character does not appear,. The limited colour palate of the cover works well, although some of the judges felt that the title and author did not stand out enough, and preferred the image on the back to the front. There were a few concerns that the plot contained too many coincidences, but it was nonetheless an exciting, well-constructed novel. 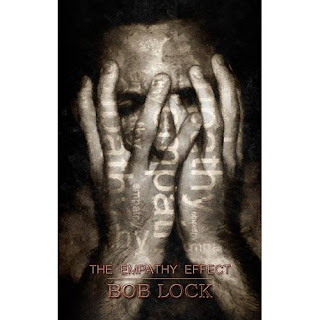 I've been lackadaisical (love that word, describes me so well) in updating my blog but it's been hard to drag myself in from the British summer sunshine and scribble away inside (yeah, yeah) but I finally did it. What's been happening? Hmm... nothing much. The collaboration on a short script I did with Rhys Hughes for Pint-Sized Plays was unsuccessful so we are now looking for another outlet for it. It's a ten-minute sketch for two people who are both self-centred altruists who can't help but show-off their philanthropic nature to each other.
I have been productive however and have sent off a script to the BBC Writer's Room in the hope it might be considered for the Wales Drama Award 2012 Link
It's about a washed-up American detective and his young assistant who investigate a serial killer who de-bones his victims and attempts to keep them alive so they can appreciate the beauty of their bones on display (yep it's gory) I don't have any chance winning but it would be nice to perhaps get on the long list!
The story is called The Charnel House.
Other news:
I've had a short story of mine published in May December Publication's Steampunk Anthology called A Clockwork Orchard: Rivets and Rain 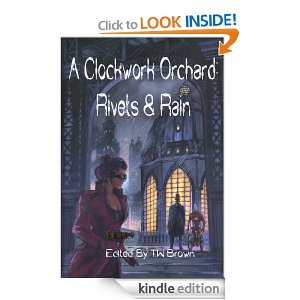 My story is called: Il Risorgimento and is about Garibaldi's battle for the unification of Italy and his attack on Rome. This story means a lot to me as I wrote it with my daughter, Juliana, in mind who passed away March 2011. The heroine in the story is Juliana di Foggia and to have the story in print and on-line is great. There's the first review in for the book on Amazon and the reviewer said of Il Risorgimento:  Il Risorgimento wins hands-down for a truly revolutionary setting. Also, a setting either very well known by the author, or extremely well researched.
Thank you reviewer :)