To hoist The Jolly Roger... or not? 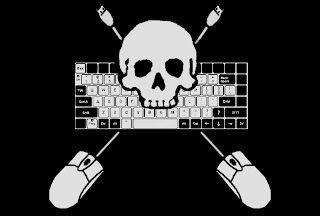 This week I commented on, and got involved in, the great debate on e-book piracy and its merits and drawbacks. As a member on the new Amazing Stories website I was asked to write a piece for the Sunday edition and have done so. If you'd like to weigh in on the deliberation please do so. It would be interesting to have a poll just to see what the groundswell of writers think about piracy. Good or Bad?

Here's the link: Amazing Stories Piracy
Posted by Bob Lock at 10:17 AM No comments: 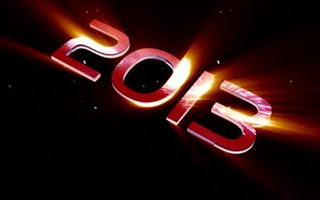 Hello everyone and Happy New Year 2013!

Sorry I haven't updated my blog during December but as you all know that is quite a busy month for everyone, including old giffers/writers like me :)
Well, I was hoping to get the sequel to 'Flames of Herakleitos' done and dusted in 2012 but unfortunately only managed to get the dusted part done, i.e. it's gathering virtual dust on a virtual shelf on my hard-drive whilst I've been distracted and writing other things. However, I am determined to get the sequel finished this year, as early into the year as possible. There will be shocks and surprises and if all pans out as I foresee then perhaps even a third book. But there will also be some sadness as a character or two shuffles off the virtual mortal coil of my 'Flames' world.
Most of the end of 2012 was taken up with writing a SF novella which I had almost finished (at last!) it is perhaps slightly bigger than a novella as it has now grown to over 55.000 words and will probably finish at 56,000. It's called 'Chase the Night' and is about humans trying to mine a planet inhabited by vampire-like creatures. Watch this space for further details! (well okay, don't keep looking at THIS particular space but pop back now and then to see if I have uploaded anything else)

I'll be in the winter issue of Sein und Werden again with a short of mine called 'Waitering for Godot' the issue is being edited by the whimsical Rhys Hughes so that should be a weird and wonderful edition. Don't forget I have a story in the Pulp Punk Edition too, which is the last ever print version of S und W I think.


Later on, within the next week or so, I'll be loading a few of the best books I read in 2012 with a little review of each, so watch out for that.

Finally, I'd like to say how excited I am to see Amazing Stories magazine being raised from the ashes by Steve Davidson (Crotchety Old Fan) who, upon finding that the trade-mark name had expired, managed to grab it! Excellent work Steve! He is now in the process of getting the magazine off the ground, into orbit, and finally the stars will be his destination... ok, corny, I know :)
I'll be blogging about Amazing Stories on here from time to time and perhaps, with a bit of luck, get something of mine published on there which would be fantastic, For those too young to know, Amazing Stories started life back in 1926 and had writers such as the like of Asimov, Zelazny, Ursula K. Le Guin etc sending their work in and being featured. Exciting times ahead :) Good luck with it Steve!
Posted by Bob Lock at 3:06 PM No comments: