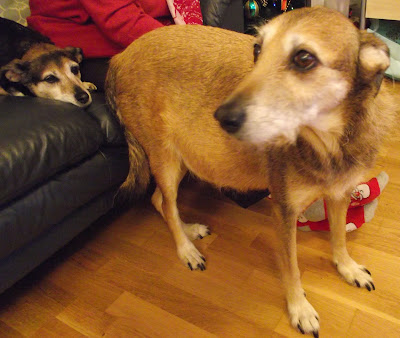 Nia's heart finally beat its last today at about 12.30pm and she died as she lived, quietly with no fuss or bother and with a dignity that I find hard to explain. She was only about nine, quite young for a dog, but she had an enlarged heart which only manifested itself last spring when after returning from a walk she had a very bad coughing fit. I thought she'd swallowed something but upon visiting the vet's the under-lying problem was discovered. Part of her heart wasn't functioning at all well and blood was backing up and pooling in her stomach area causing her to not breathe properly. For many months she managed to cope pretty well on the drugs that were prescribed but eventually they began to have little effect and this morning she died in my arms. She was such a lovely dog, never growled at anyone, never bared her teeth, very rarely barked and was always obedient and full of love for everyone in the family, even for Sheba our other dog who used to pester her and tended to want to rule the roost, even though she was a third of Nia's size.
This is the last photo taken of her on Christmas Day 2010. I can't begin to tell you how sad I'm feeling today, I know, she was only a dog, but WHAT a dog.
Posted by Bob Lock at 3:23 PM 2 comments:

Steve Upham of Screamingdreams has just released his Christmas Estronomicon 2010, a free on-line magazine of horror/fantasy/sf which is in both pdf format and Issuu format which is quite neat, a page-flipping version and can be found here and on page 60 you'll find my contribution which is called 'Ecstasy' hope you get the time to take a look.
Posted by Bob Lock at 10:52 PM No comments: 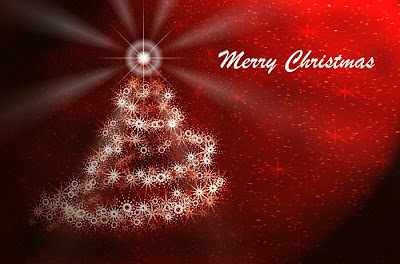 Best wishes to you all this Christmas 2010
Posted by Bob Lock at 7:16 PM No comments: 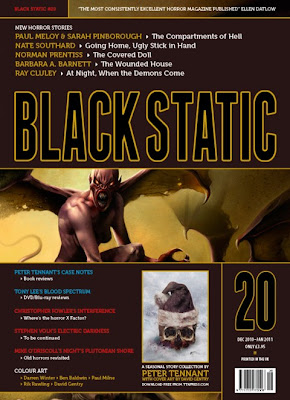 Black Static (what a great name for a magazine) is a sister-magazine to the world famous Science Fiction publication, Interzone and the December issue (No.20) features an in-depth review of my latest offering, The Empathy Effect.
The reviewer is Stephen Theaker (he of Theaker's Quarterly & Paperbacks) a well-established ezine and one I've had some work featured in.
Stephen's review is quite favourable and he's treated me kindly over-all (thanks Stephen), it's always scary picking up a review of your work and reading whether or not the reviewer enjoyed your tale or not!
Copies of The Empathy Effect can be ordered from Screamingdreams or you could just pop over to the website and read the first chapter for free. 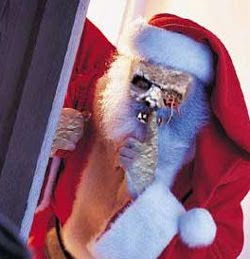 This time of year it is always a treat to visit the Interzone website where they host a free advent calender of short stories. Each story has been previously published somewhere and features main-stream writers and 'little' writers like myself that have contributed to their forum over the years. I'm pleased to say that I am day number four (today 4th December 2010) and my story is entitled: 'A Zombie Is For Life, Not Just For Christmas' and can be found here: ADVENT I hope you enjoy it and take the time to read the other offerings.
Posted by Bob Lock at 8:40 AM No comments: