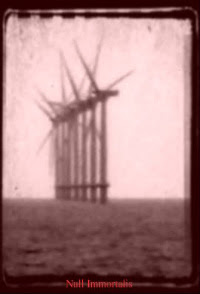 I'm so pleased to announce that my short story 'Haven't You Ever Wondered?' has been accepted by D.F.Lewis for inclusion in his last ever Nemonymous anthology
- NULL IMMORTALIS -
It sadly brings to an end a run of ten anthologies that have broken the mould in many, many ways.
Des' Nemonymous series will be remembered as the world's very first multi-authored anthology specifically collected as anonymous stories. However, Null Immortalis will end the run with all the authors having their by-line alongside their stories, they will not be anonymous.
This last edition is scheduled to be published this September.
Posted by Bob Lock at 7:45 PM No comments: