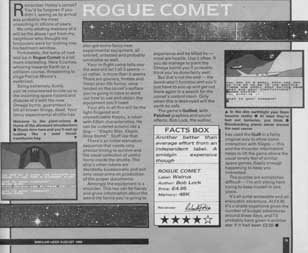 Speecy coders don't die, they're just resting... I don't remember that game, but "wrote" a few adventures in my youth - never released and all lost, but I do remember "Krakatoa" which I was quite fond of, since it had a loading screen too! :)

I don't remember Krakatoa but did enjoy playing one called Snowball (I think it was that), was a SF based text adventure.

None of my adventures were released... purely for my own "enjoyment".

Ah, those were the days..