This was first published in Estronomicon last Halloween and look out for my new Halloween story over there due out soon. 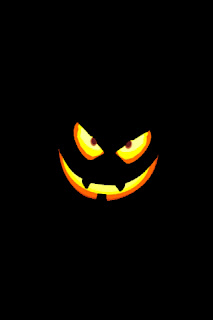 I was born in the last few minutes of All Hallows Even, or as many now call it, Halloween. I’m old-fashioned though and prefer to use the original terminology. It was a difficult birth—usually they all are. I try my best to hang it out, to prolong the labour, just to get to All Hallows Day or Saints’ Day, the day after. But it never works it. It will probably never work, but it’s in my nature to try, as it’s in my nature to do all the other things that I do.

The mother survived this time. No big deal, some have survived before, and some haven’t. Perhaps those who did survive wished that they hadn’t. When I dwell on it I suppose most of them have toyed with that wish at one time or another.
Once again I knew what was going on moments after the conception. Immediately, upon fusion of the gametes even, when the sperm fused with the ovum. Even before you could classify me as an embryo it all came back to me and I resigned myself to nine months of utter boredom whilst waiting for the birth. As usual I spent the time scheming. Upon reflection it’s what I always do, trying to find some way to prolong the pregnancy. Not by much, on times I’ve been very close to achieving my goal, been seconds away from a non-All Hallows Even birth. But, try as I might, my endeavours always fail. Perhaps I should resign myself to my fate, but when I ruminate on this possibility it isn’t long before I admit that resignation isn’t a word I consider to be in my vocabulary. Patience, yes, patience is a word that I use a lot. I have an abundance of patience, enough for eternity – if that is what it takes. Anyway, I’ve only got until feeding time and then I’ll have the peaceful bliss of ignorance once more – until my next conception of course. Yet again that is something I puzzle over and pick apart whilst the long, dark, boring nine months drag by. How can I retain my memories this time?
However, I know that this is an old idea, one I’ve contemplated many times before. All my memories and I do mean ALL my memories are intact whilst I’m in the womb and also during the first few hours of birth. Right up until the time the teat is put into my mouth, or upon rare occasions – when I’ve been forced to feed intravenously through a vein in my hand. Once or twice they have even resorted to gavage — which means they’ll insert a tube up my nose or down my throat and the milk or formula is introduced into my stomach that way. Whatever happens I always end up feeding and forgetting. Through subtle coercion I’ve even managed to get some of the mothers who bear me to give me my true name in the hope that when I grow I will realise my full potential. So far it hasn’t worked, and that can be said about all the other triggers for my memory that I’ve attempted through the ages.

The neon light above my crib is harsh on my newborn eyes. I cry continuously; scream until I’m red in the face with anger. It’s just a taste of what is to come. Even though I’ll not remember any of my other pasts the future seems already mapped out for me. As I’ve said, it’s in my nature.

I’ll be an unpleasant baby, prone to keeping my parents awake all night with my constant crying and whining until, through lack of sleep, they’ll resort to violence against each other, both verbal and physical. Some of it might even be directed at me.

As a toddler I’ll be sickly, attention-seeking and the first glimmers of darkness within will manifest itself. Perhaps my parents will dwell upon the fact I was born on such a foreboding day and put it down to that.

By the time I attend school I’ll have already tortured to death some small pet or other that I’d been given as a birthday present. Usually they’ll refrain from having any more animals in the house and question whether or not it would be a good idea to have more children. More often than not I’m an only child. Pity those parents who think a younger brother or sister would perhaps calm me down.

My years as a youth are my best, well; I consider them my best. My victims will think otherwise, no doubt.

In my old age I’m the person you see who misuses the wealth, power and influence he has accrued over his many years.

In the twilight of my life I’m the angry, frail wraith that clings to the last vestiges of existence by any means possible – and at any cost – if it is financial or otherwise. Riches can procure you anything, a kidney, a lung, a heart whether they are willingly donated – or not.

The future brings the promise of longevity. I wonder if that will ultimately break this circle of repetition. Will I one day awaken to a future of immortality – but of another kind? One in which I will not have to tread the same well-worn stairs to eternity with all previous memories extinguished, but will retain them all, and have an open book in which to write a boundless story of evil and corruption – until the end of time.

My name is Samael, and – as you have probably worked out by now – I am a Fallen Angel, doomed to be born, live, die and be reborn again, until the stars themselves wink out of existence.

It’s almost midnight and the nurse is taking me for my first feed. It’s almost time for me to forget my past – yet again.

As the alluring smell of mother’s milk assails my senses and I’m brought forward to the breast I hear the mother’s voice...

‘There, drink your first drink – my little angel.’

Spotted this on the TTA forum:

Academi Chief Executive Officer, Peter Finch will be launching the day with advice on how to get published.

The day will also offer the opportunity to meet some of Wales’s leading publishers including: Accent Press, Pendragon Press, Pont Books, Screaming Dreams and Seren. CPD Printers will explain the process turning a manuscript into a book.

Writers attending will be given the chance to submit a manuscript and the best one will be assessed, at a later date, by the publishers involved.

There's a Halloween short story of mine published over on the fine Theaker's Quarterly Fiction #25. It's called 'Jack' and the whole magazine can be downloaded for free and read with Adobe or its equivalent. Or, if you prefer your print on paper then you can buy a copy from Lulu. Whichever version you prefer can be found here:
Theaker's 25 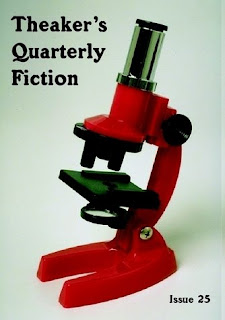 Hopefully I'll get around to posting something here on my blog for Halloween and if another story of mine makes the cut then it might end up on Steve Upham's Estronomicon Special.
Fingers crossed!
Posted by Bob Lock at 11:13 PM 1 comment:

Well, I've posted stories, poems, anecdotes, dubious art! Check out my 'Wet jumper on a rainy day' below and decide if it fits into the last category! Anyway, here now for your delectation is some music.

I was listening to Radio 2's Ken Bruce Show whilst in the car on Friday and just caught
Justin Hayward's last 'Tracks of my years' which was - Alone again, or... I was surprised that he picked one of his group's - The Moody Blues - songs but listened and enjoyed it. So today I thought I'd scout around the net and find it and listen again... yeah and before you all say that isn't a Moody Blues' song, yes, you are right. He was referring to Love's Alone again.
A trawl of the net found me this excellent video of Arthur Lee performing the piece live in 2002, I think. The songwriter is Bryan Maclean 1946-1998 and I can't help but see the similarities in style with this song and what The Moody Blues did, it could easily be one of theirs, little wonder Justin has a soft spot for it.

Anyway, here is Arthur Lee 1945 - 2006 if you have a few minutes and my embedded link has worked then you should see and hear Lee perform it in all its glory. Enjoy!