Now and then I review a book or two that I’ve particularly enjoyed and it’s been a while since I’ve done so. That’s not to say I haven’t read any books that haven’t been worth reviewing lately, more so it’s an indication that I’ve been too lazy busy to blog about them. However, that ends now, as here are a few books I wouldn’t hesitate to recommend you read, they are all extremely good – and they are not in any order of preference or anything, but perhaps just in order of being read. 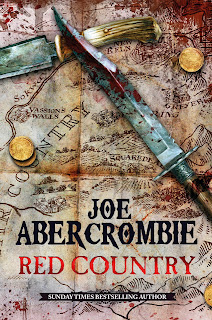 I picked up this hard-back book at BristolCon on Sat 20/10/2012 after stalking Joe in the bar and he forced me (at banister-leg-point) to go and buy a copy so he could sign it for me. I did so on the understanding that he would take a signed copy of my ‘The Empathy Effect’ off me. After much tears and gnashing of teeth, he agreed. Here’s the review:

Joe Abercrombie must do the best characterizations that I’ve ever read. They leap off the page, grab you around the throat and, when you gasp in wonderment, slip down your open mouth and lodge in your brain and I’m sure will remain there until the last little grey cells you have wink out. The characters in The Red Country continue this throughout the book, both new characters, and some very recognisable ones too.  Shy South is one of the new characters and is the heroine of the story, a bloody and unwilling heroine much like her stepfather Lamb, a giant of a man who has always been a quiet, perhaps even a cowardly man in her eyes. However, when marauders raid Shy’s farm and kidnap her younger brother and sister she and Lamb set off to The Far Country in pursuit, and as they voyage together begin to realise that both have a dark past that will have to be dragged into the light and utilized if they are ever to liberate the two youngsters and return safely home.
The Red Country takes place in the world that Joe’s created in his First Law Trilogy and many of the characters that populated those stories pop up in this one, however, the countryside and people of this part of his world seems more western/frontier-like and it is a change from the fantasy world setting more usually found in his stories.  This was a book I’d been waiting for in fevered anticipation and wasn’t disappointed with it. Great stuff as usual. 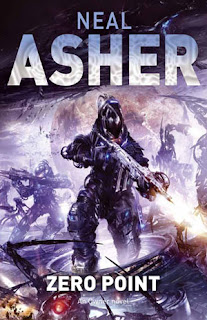 Well, let me come clean straight away, I’m an Asherite and proud of it. I must have read the first book I picked up of Neal’s, ‘Gridlinked’, back in the early part of 2002 and got hooked by his world-building and giant space battles immediately. He’s one of the few authors who’ll take the time to correspond with his fan base and he and I have chewed the fat electronically for a number of years. He’s even given me a tip or two when I’ve been stuck on my own writing and did a back-of-book blurb for me on ‘Flames of Herakleitos’. Nevertheless that wouldn’t stop me from being truthful about a book of his even if I thought it was rubbish (knowing Neal he wouldn’t want it any other way) but I’ve yet to read anything of his that I wouldn’t recommend to any aficionado of science fiction and Zero Point is yet another that gets the brain matter working, the adrenaline pumping and anticipation of his next book gnawing away at you.
Zero Point is the second book of his Owner Trilogy and the follow up to The Departure and really needs to be read after you’ve read the first book in the series. The hero of the story is Alan Saul who, as the story progresses, becomes more and more removed from humanity as his augments take him closer to an intelligence that even he wonders could lead to madness, or strangely enough, perhaps to even a god-like existence. The body count in Zero Point has to surpass everything else Neal has written as the main bad guy (well, gal really) Serene Galahad, who becomes the self-appointed ‘leader-of-the-world’, kills billions of Earth’s Zero Asset citizens without blinking an eye. This is yet another of Neal’s space opera action-fests, albeit set in another universe to his Polity series, and I can’t wait to find out whether Earth will survive his vision of a Margaret Thatcher taken to the nth degree of utter madness. Scary, fast, fantastic! 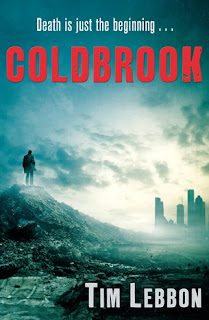 Coldbrook is only the second novel I’ve read by Tim, the first being Echo City which I thoroughly enjoyed. Coldbrook interested me as it is a tale of m-brane worlds and zombies, and I’ve dabbled in both myself and was curious to see what he would come up with and if I would enjoy his take on things. Well, his take on things were hugely different to mine in his ideas of how zombies pass on the affliction and the results thereof, and I was surprised and thrilled with how he handled it. His idea of m-brane worlds however was very similar to what I envisaged (and what seems to be the standard thinking on this principal) and felt very familiar (and even possible) and got me thinking of a potential zombie outbreak starting at the large hadron collider in CERN and how much time we’d have before the first walking corpses got as far as Wales. It was great to see Welsh protagonists and Welsh locations, even though the book is primarily set in the USA. Tim, like me, lives in Wales and I think it’s his way of tipping-the-hat to the principality.
Coldbrook is both the facility in the USA and the name of the inventor, Bill Coldbrook, of the ‘breach’ which is a gateway between branes that allows the protagonists of the story to step through into an alternative Earth that is both one step, and an infinity, away. However, it isn’t just a one-way system and not only can we go through to the other side but things can come through into our reality and no matter how many fail-safes are set in place to guard against contamination it only takes one person to circumvent them to cause a catastrophe on a world-wide scale. As you watch that one person you can’t help but shout at the book, ‘don’t do it!’
Coldbrook can be read as a standalone novel but I have a feeling Tim might be writing a sequel to this, I hope he does, I’ll be buying it! 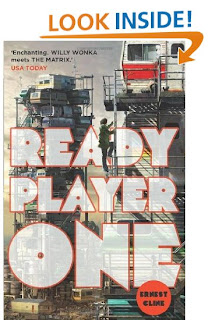 Ready Player One was recommended to me by my nephew, Gary Harwood who is a computer games designer and knowing that I am an MMORPG geek (albeit an ancient one) I would probably enjoy this story, and boy was he right.
RPO is set in a near-ruined world of 2044 when, after The Great Recession, the majority of Earth’s population live lives online through a game called OASIS that is both immersive and addictive, better-than-life.
The owner/inventor of the game, James Halliday dies and in his will decides to leave all his money (billions and billions) plus a controlling stake in Gregarious Simulation Systems, his company, to whoever discovers an ‘easter-egg’ hidden within the vast game itself. A group of like-minded players discover the first of many clues and combine to solve the quest but discover that a huge corporation, Innovative Online Industries, have employed thousands of employees to play and find the prize for them first. The corporation has no scruples and will do anything to win, will even commit murder, both in virtual reality and in real life to achieve their goals. A fantastic, and highly page-turning story. The only thing that lets it down is too much exposition in the beginning but once past that you are in for a treat.
And that’s my reviewing for a while. My next book to read will be Hannu Rajaniemi’s The Fractal Prince which is his follow up to his excellent The Quantum Thief. 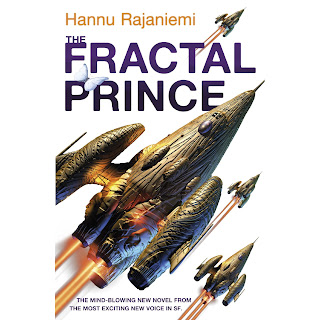 Well I finally finished my SF/Vampire novella 'Chase The Night' that grew from 40,000 words to 61,000 which probably makes it a small novel more than a novella. A copy has been sent to an indie-publisher who has taken an interest in it so I'm keeping my fingers crossed, but if you are a publisher reading this and want a copy then drop me a line.

Other news, just received my contributor's copies of Sein and Werden's Winter Issue with my story 'Waitering for Godot' in it. This edition was edited by that rapscallion Rhys Hughes who has Spoons For Ears. So I've been published twice in S&W and have decided to go for the hat-trick and wrote and subbed a story for Rachel's Exquisite Corpse edition which is due out in the spring.

I've been pretty busy the last month or two and have subbed about another four short stories to various anthologies so I'm going to need more fingers crossed than I possess,you'll have to help out so get crossing!

The other thing I've been doing is re-reading and editing 'They Made Monsters' the sequel to 'Flames' as it's been a while since I concentrated on it and I needed to remember where I was and what I had in mind! Anyway, I've begun writing the next part of it and at the moment I've got 74,500 words done and I'm very pleased with the result so far. I'm hoping to have this finished and published this summer. Watch this space :)
Posted by Bob Lock at 4:57 PM No comments: